Live-operator and automated polling specifically designed to fit your needs and campaign budget. This is where many campaigns fail

Clout Research is a national opinion research firm based in Columbus Ohio specializing in helping candidates, issue groups, corporations, and local agencies understand the audience. Our firm’s background is particularly focused on measuring voter attitudes, but what makes our firm so valuable is the unique approach we take to elections.

Clout leverages more than 30 years of experience in research and communications expertise combined with our partner’s wide-range of voter contact and messaging experience. When you combine these backgrounds, we’re able to tell our clients what the electorate thinks, and how to deliver the message most effectively - this gives our clients the edge they need to win. Not only do we conduct great research, but we know how that research is most effectively going to be used. Most research firms have no clue how to actually deliver a message to the voters they’ve sampled. Not so with Clout.

Additionally, we provide the bridge between traditional polling and voter contact by offering clients predictive analytics tools that score voters and create turnout models that none of your competitors will have. This is a huge advantage for your campaign, should you choose to utilize these services.

Every campaign is different, and requires a customized approach. Understanding this, and knowing the dramatic way that technology has changed all of our lives in recent years, Clout Research employs the latest technology in the industry. We work with you to employ just the right solution to help you meet your goals. 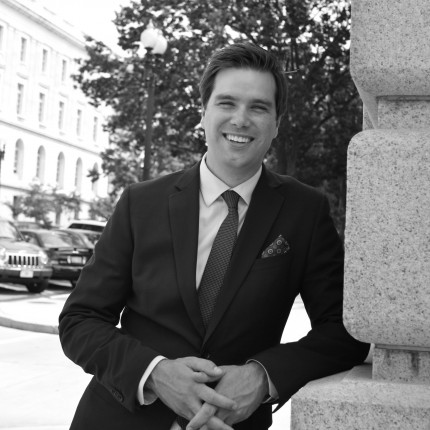 PJ Wenzel is a Partner at Clout as well as with its sister company, Ring LLC, a communications consulting company based in Columbus, Ohio. Clients include rising stars Senator Steve Daines (R-MT) and Congressmen Elise Stefanik (R-NY) and Tom MacArthur (R-NJ), to name a few.

PJ has served as the President Front Porch Strategies, an international voter contact firm based in Columbus Ohio. Clients included Governor Tim Pawlenty, Senators Jim DeMint (R-SC) and Rand Paul (R-KY), Jerry Moran (R-KS), as well as over 30 Members of the U.S. House of Representatives, and more than a dozen Members of Canadian Parliament. PJ has been working on political and issue campaigns since 1994 and has done work in over 45 US states and internationally on three continents. In the 2007-2008 presidential primary cycle PJ served as the Midwest Political Director for Mitt Romney’s Presidential Campaign where he managed and oversaw political operations in 13 states.

PJ has an Honors B.A. from the University of Toledo, a Masters in Political Management from George Washington University, and is currently working on a Masters from the Southern Baptist Theology Seminary. 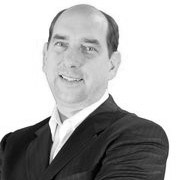 Fritz Wenzel has been involved in the opinion research field for 19 years. Before founding his firm 10 years ago, he worked with top firms in the business, including Gallup, Louis Harris and Associates and the former Zogby International. He has been a national leader in developing and executing political and cultural polling. He received his college education at Marylhurst University in Portland, Oregon.

An accomplished researcher, public speaker and skilled journalist, Fritz has presided over survey research and analysis in Presidential elections and many U.S. Senate and Congressional races across the country. His firm has also conducted hundreds of surveys for clients running for statewide, state legislative, and local offices, building a reputation for accuracy that is among the very best in the industry.

Fritz also understands the modern media world and the political landscape. He has presented at more than 140 conferences and meetings, including the United States Senate, the National Committee for Economic Development, the Institute for Politics, Democracy and the Internet (at George Washington University), and the Election 2008 Lecture Series (at Washington Center in Washington, D.C.). He has 25 years experience as a news and political reporter for the Portland Oregonian, the Toledo Blade, and the Pittsburgh Post-Gazette newspapers in addition to experience serving as a political and media consultant for federal, state, and local political candidates. He has appeared on every major television and radio news network in America and many more around the world.

His rare combination of statistical expertise, political savvy, and communications experience creates a powerful advantage for our clients.

Marty has worked in technology, sales and marketing for the past ten years. Most recently, Marty served as the Director of Business Development for the oldest, privately held web firm in Northeast, Ohio. During a three-year span, Marty helped take the company to new heights that the company had not experienced before in its previous 14 years, including record breaking revenue growth.

When Marty isn’t focused on technology and process, he continues to invest his time into people associated with The Muldoon Partners at John Carroll University. As Chair of the Steering Committee, Marty helps lead the Partners as they educate, connect and enrich entrepreneurs and students enrolled in the entrepreneurship program at JCU. As of September of 2014, U.S. News reported that John Carroll University is one of the top 25 undergraduate entrepreneurship programs in the United States.

Alex has worked in politics, law, and government since he graduated from the University of Cincinnati in 2008.  He worked for the George W. Bush White House after college as a Presidential Writer, where he thanked departing ambassadors for their service, drafted proclamations, and replied to special letters to the President.  After departing the White House, he earned his juris doctorate at the University of Denver, where he led several student organizations including the Transportation Law Journal, of which he was the Editor-in-Chief.  Alex practiced corporate, securities, real estate, and oil & gas law for four years in Denver, and provided political insight to clients relating to the Colorado initiative process, when he joined the Clout Research team as its Vice President of Research.

OCTOBER 10, 2019 – Here at Clout Research, we always advocate for the quality of data that goes into survey…

MAY 7, 2019 – Voters across the state of Oregon oppose a weakening of sentencing requirements for violent juvenile offenders…

MAY 7, 2019 – A statewide survey of likely voters in Oregon shows strong bi-partisan support for the Oregon Middle…

MARCH 14, 2019 – A survey of 950 likely voters statewide in Oregon shows a vast majority of them oppose…